Share a memory
Obituary & Services
Tribute Wall
Read more about the life story of Irene and share your memory.

We respectfully request that no one arrive at the funeral home prior to the posted visitation times, so as not to intrude on the family’s private time.

Family and friends are invited to the visitation in the Kowalski Funeral Home, 515 Roselle Street, Linden on Wednesday, January 11th. from 4:00-8:00PM.  On Thursday, January 12th. at 9:45AM, everyone will meet directly at St. Theresa of the Child Jesus Roman Catholic Church, Linden, where a funeral mass will be offered at 10:00AM.  The prayers of committal will precede Mrs. Forstenhausler’s burial in the family plot in Rosedale Cemetery in Linden, New Jersey.

In lieu of flowers, donations in Mrs. Forstenhausler’s memory may be made to the World Wild Life Fund online at their website, http://www.worldwildlife.org; by phone at 1-800-CALL-WWF. or by mail at 1250 24th. Street, N.W., Washington, DC 20037.

Mrs. Forstenhausler, the daughter of the late Helen Markulin Chavan and the late Paul Chavan, was born and raised in Rahway, New Jersey and she settled in Linden, New Jersey in 1951, where she resided until the time of her death.

Mrs. Forstenhausler was employed as a television tube tester for the RCA Corporation in Avenel from 1955 to 1974. Previously she had been employed with the Prudential Life Insurance Company for four years.

Mrs. Forstenhausler for known for generously sharing her abundance of love, laughter, joy and memories with all. She was the core of life for her family, and she made sure that no one was ever forgotten and that everyone was always included.  Her smile that lit up her face, said it all!  In our hearts, we know that Mrs. Forstenhausler will be deeply missed, but she will never be forgotten. 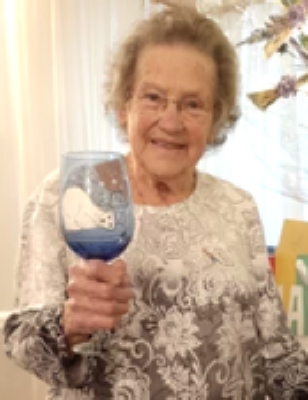