Share a memory
Obituary & Services
Tribute Wall
Read more about the life story of Gregory and share your memory.

We respectfully request that no one arrive at the funeral home prior to the posted visitation times, so as not to intrude on the family’s private time.

Family and friends are invited to the memorial visitation in the Kowalski Funeral Home, 515 Roselle Street, Linden on Friday, January 13th. from 3:00-6:00PM.  During the visitation between 4:30-5:00PM, there will be a funeral prayer service offered by the clergy of St. Theresa Roman Catholic Church of Linden.  The cremation in Rosehill Crematory, Linden was private.

Gregory, the son of Heronima Carolina Leczynska Galczynska and the late Alexander Galczynski was born in Poland.  He came to the United States during the 1980‘s and he has been residing in Elizabeth, New Jersey for over forty years.

Gregory was employed as a roofer for thirty-five years for Plescia Roofing, Inc in Oradell, New Jersey before earning his well-deserved retirement in 2018.

Throughout his life, Gregory had an appreciation of nature and the outdoors.  In his early life in Poland, he enjoyed hunting.  While here in the states, anything that could take place outside, Gregory was all in, even if it was a simple walk in the park.  One of his favorite parts of this country was the scenery and wildlife of Alaska.  Gregory was also somewhat of a gym rat who really enjoyed getting in his workouts.  An animal lover, he valued the faithful companionship of his current German shepherd, Tarzan.

Gregory was a very special person whose smile lit up his face.  He was a kind man with a big heart and Gregory will be dearly missed by his family and friends, but he will never be forgotten. 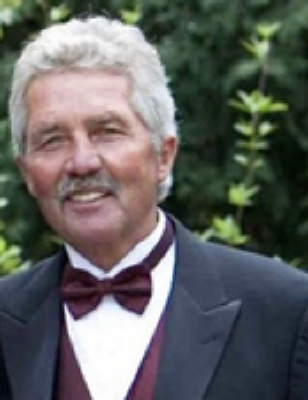