Share a memory
Obituary & Services
Tribute Wall
Read more about the life story of Gerald and share your memory.

Gerald J. Sawczyn, 79, entered the arms of our Lord on Monday, January 9, 2023, when he passed away at Morristown Medical Center in Morristown, New Jersey.

Family and friends are invited to the visitation in the Kowalski Funeral Home, 515 Roselle Street, Linden on Tuesday, January 17 from 6:00 to 9:00 p.m.  We respectfully request that no one arrive at the funeral home prior to the posted visitation times, so as not to intrude on the family’s private time.  The prayer service will take place during the visitation at 6:30 p.m.  On Wednesday, January 18, at 8:15 a.m., everyone will start to gather in the funeral home where a prayer service will begin at 8:45 a.m., followed by the Divine Liturgy to be offered in St. Vladimir Ukrainian Catholic Church in Elizabeth at 10:00 a.m.  The prayers of committal will precede Mr. Sawczyn’s burial in the family plot in St. Gertrude Cemetery in Colonia.

Jerry, the son of the late Maria (Fedirko) Sawczyn and the late Wasyl Sawczyn, was born in Bavaria, Germany, in a displaced persons camp for refugees of World War II.  He came to the United States in 1950 with his family and immediately settled in Linden, New Jersey.

A lifelong Linden resident, Jerry graduated from Linden High School in 1962.  He honorably served as a member of the United States Marine Corps from 1963 to 1967 and was a Vietnam War veteran.  Following his military service, he returned home to Linden.  During a brief stint as an insurance salesman, his manager predicted that Jerry’s honesty and desire to help people would lead him to become a priest or a policeman.  Jerry chose the police, and proudly served as a Linden police officer for 39 years until his retirement in 2008.

Jerry loved people, and he loved life.  He enjoyed striking up conversations with people and made friends easily.  He left a lasting impression on everyone he met.  Jerry was also very proud of his Ukrainian heritage.  He was a frequent patron of Ukrainian and Polish eateries in Linden.

Above all, Jerry’s proudest accomplishment and greatest joy in life was his family.  As his three children grew into adulthood, he continued to be an important part of their lives, as not only a father but a friend.  He spoke to his children every day, experiencing all of their triumphs and setbacks as if they were his own.

Jerry was the center of his family’s life and a source of endless joy.  He is irreplaceable, and we will miss him forever.

Following the interment, a repast will be held at III Amici Restaurant, 1700 W. Elizabeth Ave., Linden at 1:00pm. 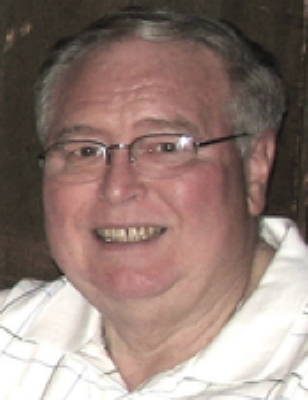